Common Sense is NOT Common Anymore 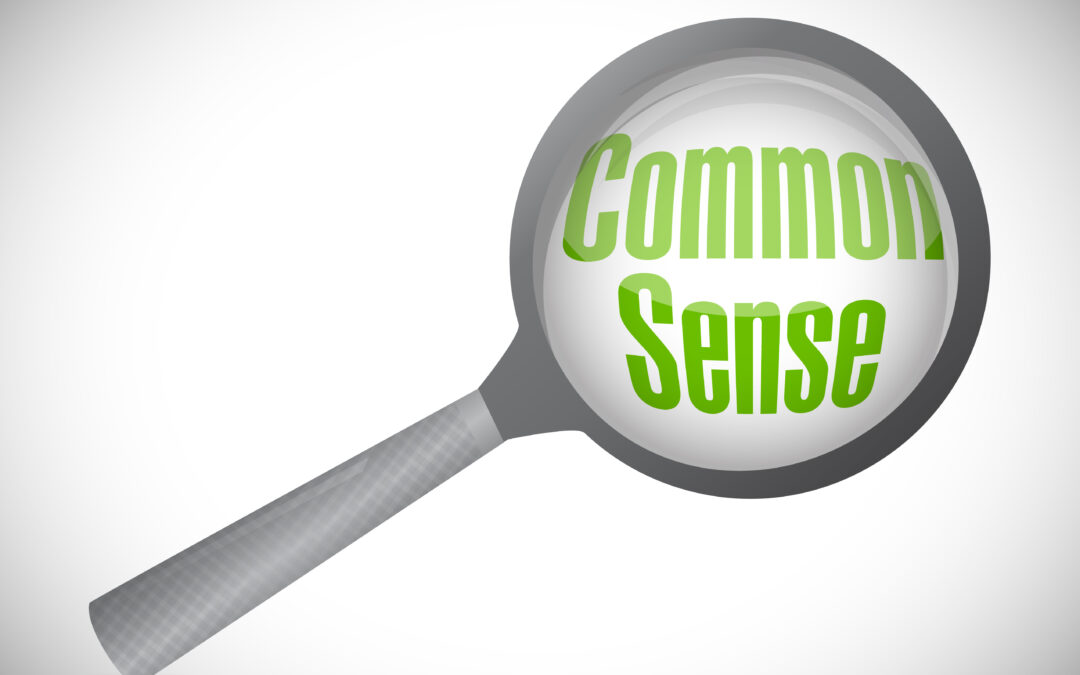 “That is just plain common sense” said one of the participants in my Business Professionalism class. “Everyone knows not to do that.” I heard another person snicker.  Is this true? Does every employee in your organization know what to do and what not to do because of simple old fashioned common sense?

Sense is defined as

Thomas Payne wrote the book on common sense, literally.  His book, Common Sense was published in 1776.  He noted, “Common sense is sound practical judgment concerning everyday matters, or a basic ability to perceive, understand, and judge that is shared by nearly all people. The first type of common sense, good sense, can be described as ‘the knack for seeing things as they are, and doing things as they ought to be done.’ The second type is sometimes described as folk wisdom, ‘signifying unreflective knowledge not reliant on specialized training or deliberative thought.’ The two types are intertwined, as the person who has common sense is in touch with common-sense ideas, which emerge from the lived experiences of those commonsensical enough to perceive them.”

As the T-shirt saying goes, “I wish common sense was more common.” In the Business Professionalism class, we play a game called “Appropriate or Inappropriate”.  Each participant gives me a thumbs UP for appropriate or a thumbs DOWN for inappropriate. The game is easy enough.  At times they respond “it depends” so that would a thumb SIDEWAYS.  Some of the participants mentioned that a lot of the examples were basic common sense. For example, keeping your voice low and not yell down the hallways at others or make sure you are on time for work everyday.  However, when I facilitate this class for different organizations I get a different response to these common sense statements.   I realized that common sense depends on the culture of the organization.  Also, if the organization is very diverse common sense is NOT common at all.

I realized that it takes people a while to understand the culture of an organization.  Usually, we do it by trial and error.  I remember when I changed jobs from a start up company to a University, I went through some culture shock.  Common sense told me that if I need resources, I should just ask for them and my boss would provide for me.  Also, not to waste time on small talk.  Well, that “common sense” came from my last organization.  At the University resources were in short supply.  I had a limited budget.  This was very different from my last organization where I could go into the break room and get free food and drinks.  I also chose a wonderful LMS system for the organization.  No money for an LMS at the new job.  Another example of the differences would be small talk. At the start up company, we didn’t learn too much about each other.  We just jumped into meetings, people were virtual and we got things done quickly and efficiently.  Not to say that we didn’t get things done quickly and efficiently at the University but let’s just say there was usually no urgency unless it was “hurry up then wait”.  At the University they valued the Monday morning 15.  That’s what I called the 15 minutes after I got to work and before I started being productive.  Everyone asked about my weekend and expected me to ask about their weekend.  Things were much more social at the University. It was common sense to ask about someone’s hobbies, pets, and weekend plans.  At the start up company it was common sense to get to work and get the work done quickly.  Sure you would get to know people, but usually at company parties, free lunches, and picnics.

I also realized that common sense is not just about organizational culture.  It has to do with our family of origin.  For example, when I was young my dad ruled the house. He yelled to get our attention and never asked, but demanded.  As the oldest of 3 girls I did the same with my sisters.  It worked for him and it worked for me in our family.  At many of my jobs in different organizations the boss yelled.  She yelled at everyone to get her point across.  When I got my first team, I did the same, until I realized that the bosses who did not yell had the best teams.  Some of my bosses never yelled.  They listened, they asked questions, they helped me understand concepts myself instead of demanding that I just “get it” or “do it”.   It took me a while to learn how to do this skill but, now I am so appreciative that I’ve learned.  I now listen what others have to say, I don’t yell or raise my voice, and I don’t demand – I ask.

I grew up in the United States.  Many of our co-workers did not. Many times we forget about cultural differences when we discuss common sense. Each culture has different examples of common sense, for example, personal space, eye contact, and direct communication.  In Germany we stand farther away from our co-workers than we would in Puerto Rico.  In the US we look people in the eye, not so in Japan.  The UK values getting to the point and speaking directly, however, in Italy they love to talk and indirectly get to the point.  Is it common sense to stand 5 feet away from your co-worker, look them in the eyes and communicate directly?

When leaders of the organization set a tone of either aggressiveness or curiosity the culture follows.  If a new president or VP comes into an organization, they can change a culture for the better or for the worse.  I believe that it is important to onboard all of our employees and introduce them to the culture and values of the organization. Sure, some places have an inspiring mission, vision, and values on their website, however, none of the employees know the mission (but, that is another blog).  So, common sense can depend on the organization’s culture, an individual’s culture, or our family of origin.

Next time you believe something is just common sense, think again.  Let me know examples that you have seen where people thought what they do is common sense. 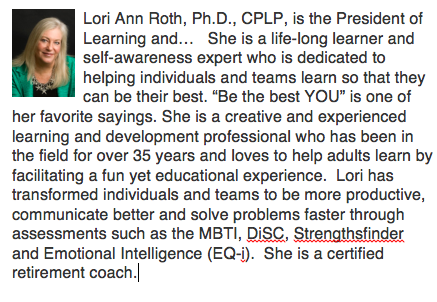