Are you a Motivational Listener? 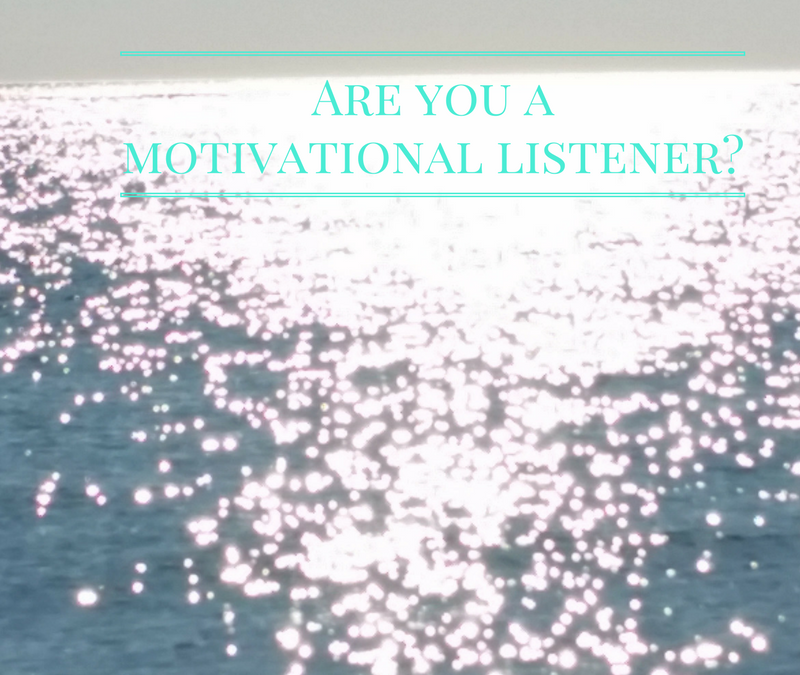 Are you a motivational listener? “I need to keep my mouth shut”, Debbie said as we were discussing talking to people of all nationalities and backgrounds on our trip to Cuba.  I couldn’t believe what I was hearing.  Debbie is one of the most nurturing, generous, loving and caring people that I know (and I know a LOT of caring people).  “I just get myself in trouble.  For example, I asked one lady about her husband and he recently died.  I felt awful”,  Debbie explained.

Our tour guide, Jorge, talked non-stop for four hours about Cuba and their culture.  On the four hour trip back from Havana, he asked us questions.  Leslie and I were in the front seats of the bus and I was listening as he asked her, “I hear that American doctors are so rich that they never touch their patients”.  I realized that people in Cuba have a strange idea of what an “American” is – they may see some TV shows (although they need to buy “the package” in order to watch – Internet is not available).

Leslie listened to his entire question and answered in a most interesting fashion… she said that this was not her experience but possibly other people have had doctors like that.  she went on to describe her experiences with doctors.  As I listened to their conversation I realized that Leslie listened to his question then gave him both sides of the answer.  One from her point of view and one from an opposite view.  She is very diplomatic.  I learned a lot from listening to them talk about America and his perception of Americans.

Then Jorge asked me, “I hear that Americans don’t know their neighbors”.  I decided to not just be diplomatic but use what my colleague, Rick Holt, calls “Motivational Listening”.  This is where you ask questions to get people to talk and open up about themselves.  He believes that we learn more by listening than talking (I’ve heard that there is a reason we have one mouth and two ears).

So, I asked Jorge.  “Do the people in Cuba know their neighbors?”  He explained that each community is VERY close and everyone helps each other.  When you don’t get your ration of  eggs from the “notebook” because all of the bakeries got them – your neighbor will loan you eggs.  He says that most people do not travel much or leave their place of birth unless your job is in another city.  But, most people and their children stay in the province of their birth.  Hmmmm.  Interesting.

As I listened, I could answer his question with more detail – understanding his perspective and what type of answer he was seeking.  “More Americans are moving  around now for jobs or military than in the last 50 years.”  I told him where I had lived in the last 25 years (Michigan, Maryland, DC, Virginia, Texas and now Florida).  “I have always known my neighbors and if I run out of eggs or milk I can also go to my neighbor and borrow something instead of going to the store.”  I told him that each neighborhood is different and that it just depends on the people but in my experience I have always known my neighbors.

Instead of putting my foot in my mouth and just blurting out my perspective, I realized that it was important to practice Motivational Listening when interacting with Jorge.  This is tough for me, because like Debbie, I am such an extravert that I love to blurt out my opinion and ideas per my perspective!   I’ve learned much from Rick on the topic of Motivational Listening.  I learned that instead of asking “about your husband”.  I ask “Please tell me about your family”  – asking more broad questions instead of such direct questions seems to help.

Jorge and I are now Facebook friends and I have received a few emails from him in the last week.  I am trying to practice motivational listening via email – and FB.  I’ll try to see his perspective and ask the correct questions – broad and open-ended.   I sincerely think it helps with my Cuba – American relationships.  Try some Motivational Listening today.  It may surprise you that if you change your questions – then listen, you will notice people open up, express themselves, and feel comfortable with your conversations.