Hurricane Irma: a lesson in Flexibility 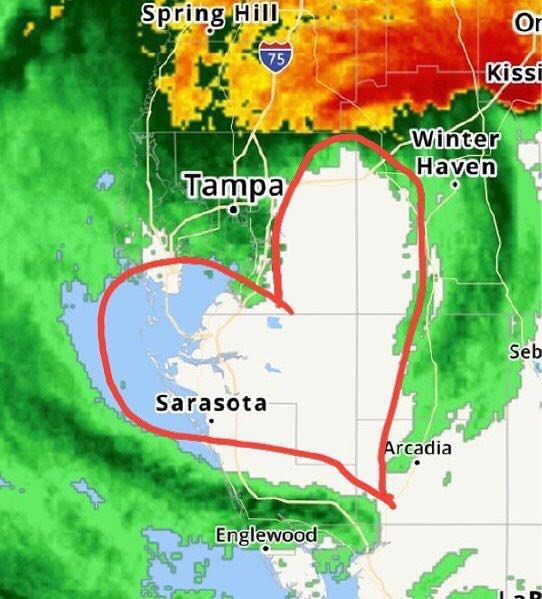 Everyone I know in Florida, including myself, has still not returned to “normal”.  Between the Hurricane Harvey, media, and people in the “north”, Floridians have had a most interesting experience.  This occurrence has tested our flexibility.  Flexibility is a dimension of Emotional intelligence which is so important in our personal and professional lives. Enjoy my story as I relate how emotional intelligence specifically, flexibility, plays a part in our lives daily or in this case in emergencies.

First, Hurricane Harvey devastated Houston in what it seemed to be over night.  The aftermath lasted weeks.  When Floridians realized that IRMA was headed our way most visualized our house surrounded in water, our possessions strewn all over our neighborhood.  I realized that this threat was real, on Tuesday, September 5th when I was in a meeting and one of the participants told all of us, “Irma is now a 5”.  This means that a Category 5 hurricane was heading right for Florida – we were told Miami at this time.  When I arrived home and started working, my son called and told me that they cancelled classes at the University of Miami indefinitely.  He was going to get gas, pack and evacuate to my house on the other side of the state. I was excited that I get to see him for an unplanned trip.  Yes, this type of flexibility I absolutely love, like a gift.  I always love to spend time with my 20-year-old son.  The next call I got was from a Miami gas station, “The lines are really long, I’ve been in line for over 20 minutes, it is so crowded here – everyone is getting gas, NO WAY!  Someone just hit my car – I’ve got to go”.  He is not usually very flexible and called me about every hour to report his progress.  He NEVER calls except for his weekly Sunday mom call.  Usually I get a cryptic text.  He was not harmed and his car was just bumped; seven hours later he was at my house.  This is usually a 3.5-hour drive.  Once here, he made himself at home.  We were not too worried about the Hurricane coming to the west coast of Florida.

Next, the media was giving IRMA 1oo% coverage.  Floridians were watching the spaghetti tracks of possible paths of the hurricane with eyes glued to their screens.  We saw the devastating effects of IRMA on the first islands in the Caribbean.  We heard the weather reporters and meteorologists exaggerated forecasts of what would (not could) happen to Florida.  Miami was being evacuated.  Most of my son’s friends live out of state and had already booked last minute flights home.  I-95, the interstate that goes from the Florida Keys to Maine, was bumper to bumper in Florida.  Then they evacuated the keys.  I-95 was a parking lot from Key West to North Carolina.  People were evacuating to “visit” friends and family out of state.  It was Wednesday, we put our hurricane shutters on all the windows except the sliding glass door to the pool.  I took all of my furniture and huge plants (including 3 palm trees in pots) off of the huge Lanai and into the house and garage.  The house was like a cave; a jungle cave.  The media told us that we were in the “cone” and everyone in the cone would experience terrifying and damaging winds and rain.  We were not in an evacuation zone but right next to one.  I started to pack for evacuation to my best friend’s house in South Carolina.  Now, this is where judgement and flexibility comes to play; what should I pack?  I packed everything in my safe, my computer and my jewels into a plastic container.  I put my taxes and important documents in my washing machine.  I started to put bags of water into the freezer in case we lost power.  I was almost ready to go until my boyfriend and I talked to our neighbors.  The hurricane was not going to come near us and we would get winds, we have shutters and we should not flood. They had reservations at a hotel in Atlanta but decided not to go that night and would probably stay.  We saw on the radar that the track was headed to South Carolina where we were planning to go.  We decided to stay.

The next day I went to the store and got more food.  I heard tales on the news and from many neighbors that all of the grocery stores were completely out of bottled water, a necessity for after a hurricane.  Some of the gas stations near us were out of gas.  Luckily, I had filled up the day my son came home.  When I was in Walmart I saw one woman with 2 cases of water and realized there was a line for water.  The line was from one end of the store to the other end; I stood in that line.  It moved quickly because Walmart employees were tossing 2 cases in each cart as customers rolled on to get other supplies.  SCORE!  I got 2 cases of water.  I also got my normal shopping complete and got extra batteries, wine and ice cream.  Better enjoy our last days.  Now that our decision to stay was made we hunkered down.  Many of my neighbors were leaving.  School was closed, work was closed, the local government was closed.  We watched the TV news like we were addicted. I was very flexible because I had time.  If I felt stressed for time I think I would not have been able to be so flexible to stand in a long line for water or wait for gas.  I realized that flexibility also has to do with managing time.  I am more flexible when I have the time to choose an option I normally would not choose.  If I was short on time I would not be as flexible and possibly not choose another option.

Finally, the non-Floridians were texting, Facebook was filled with “be safe” messages.  I even heard from one friend that I had not communicated with in over 2 years.  It seemed like everyone not in the path was also watching the hype and urging us to evacuate.  We figured we were just fine until my boyfriend, Angel, noticed the radar.  Most Floridians look at the radar app on their phones to check out the ever changing weather in Florida; our house is symbolized by a blue dot.  When we looked Friday, there was a red circle with a 3 on the blue dot.  The track had changed and IRMA was going to hit our house with category 3 winds.  We decided at 8:00am to evacuate.  “Let’s be ready to go by noon”, Angel said to me.  “No! Everyone on the west coast will be leaving at noon.  I can be ready in less than an hour”.  We threw some clothes, and a toothbrush in a suit case, packed up the dog food, her crate and packed the car.

Now, this you may think is total flexibility!  However, when I reflected back I realized that I was already prepared.  I had already packed the important possessions.  Preparedness, has a lot to do with flexibility.  When we are prepared it is easier to be flexible.

We realized that most of our neighbors had already left including our next door neighbors, we assumed they went to Atlanta as previously planned.  We stopped at my parent’s house on the way to try to talk them into leaving with us.  They live north west of us about an hour.  They stubbornly told us that they had weathered 3 hurricanes 10 years ago and they were staying plus they were not happy that their flight to Costa Rica out of Ft. Lauderdale was cancelled.  Is stubbornness a trait of being inflexible?

We took the fastest route to South Carolina.  Yes, my best friend, Carol had to be flexible too.  First we are evacuating, then not, then we are.  She thought this was a great time to plan “game night”.  This was a good lesson in flexibility for Carol. We did not take the “shortest” route because all of the west coast Floridians were headed north on I-75.  There were rumors of empty gas stations and traffic.  We used our google maps (again, being prepared) and headed east to I-95 most of the east coast had already evacuated. Driving east on 95 we saw many cherry pickers and power trucks heading south.  The Keys were in Irma’s direct path; Miami still was not safe.  While in the car I was posting photos of our evacuation on social media.  Many people seemed relieved that we decided to leave the impending doom.

Weeks after the hurricane most Floridians still feel a bit lost. I feel like a newly retired Floridian, not knowing what day it is (because of the cancellations of school and work).  I lost jobs because everything was closed or the power was out.  As I reflect on the Irma experience, I realize that flexibility is a must in these types of situations.  My experience was not bad compared to most.  Sure, I was inconvenienced by the lack of gas, rumors, and the traffic.  My family, including my aunt and uncle on Marco Island all made it home and are repairing the minor damages.  My son is back at school, boyfriend back at work and I flew to DC to work.  Most in the keys had all of their possessions lost or ruined.  Flexibility is key in these types of situations. We learn from past experiences such as Harvey, listen and are influenced by the media and our friends and family.  I realized that being more flexible is easier when you view a change as a gift, have time on your side, are prepared, and not stubborn.  Hopefully, you enjoyed this blog article.  Feel free to comment on your experience with flexibility.